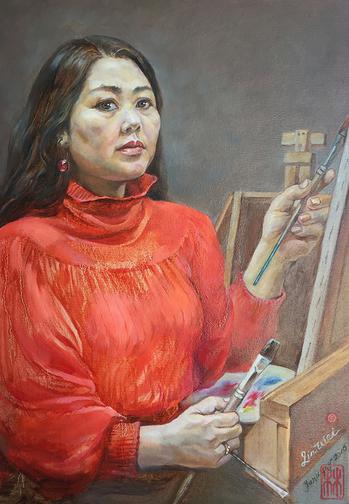 Lin Wei Self-Portrait "In Red" Oil Painting, 2010
Lin Wei was born in Shandong, China, and raised in Qufu, the hometown of Confucius, where the mansions of his descendants remain today as museums. In Lin Wei’s childhood these mansions were in ruins and served as her haunted playgrounds.
Qufu Normal University was her home. Her father taught philosophy and her mother taught chemistry in the campus high school. When Lin Wei was a toddler her mother would bring home bits of chalk. These were hard times in China; the walls of her family’s apartment and the hallways of her residential block were unadorned concrete. With her chalk, Lin Wei decorated these drab surfaces with the likenesses of wild animals, jungles, clouds, suns and little girls.
Lin Wei’s grammar school and high school teachers always put her in charge of the bulletin board decorations. This became an increasingly important job for her in the third grade when Mao Zedong declared the Great Proletarian Cultural Revolution and fomented a decade-long civil war that was fought out in every dimension of Chinese life.
In high school, Lin Wei chose art as her major. Aside from her art-class exercises, Lin Wei created drawings that depicted real and imagined scenes of student life in Qufu.
After high school Lin Wei was sent to the countryside in accordance with Mao’s directive to send all urban youth after high school to collective farms to work with and learn from the peasants.
At Dong Yen Workers Unit, Lin Wei did farm work, bookkeeping, and maintained the collective farm’s bulletin board. She loved the nights and the rainy days when she could refine the sketches of peasant life that she had made during the day.
Mao Zedong died late in Lin Wei’s second year in the countryside. Soon the young city people there were permitted to take entrance exams for various universities. Lin Wei passed the exams that brought her back to Qufu Normal University as an art student.
"I had been out of school for almost two years, but some of my fellow students had been in the countryside for much longer. I was so lucky to be studying side by side with students who were older, wiser and more experienced than I."
Like most universities at this time, Qufu Normal was waking from a sleep of ten years. In order to invigorate its art program, it invited working artists to join its teaching staff.
Lin Wei remembers: ”One of these teachers was a greatly respected painter and sculptor. Under his tutelage I made real progress toward mastery in the depiction of the human form in motion. He would say, ‘You are too good an artist to be a woman.’ and ‘It is too bad that you are a woman.’ These were meant to be compliments, but ones that told me that my sex would be an obstacle to my ultimate objective." 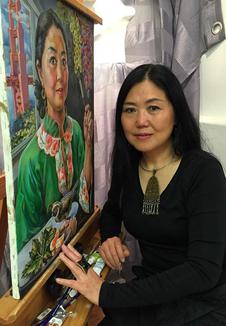 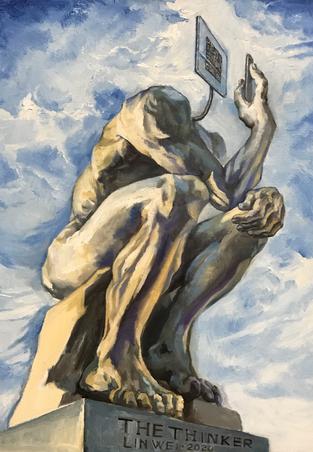 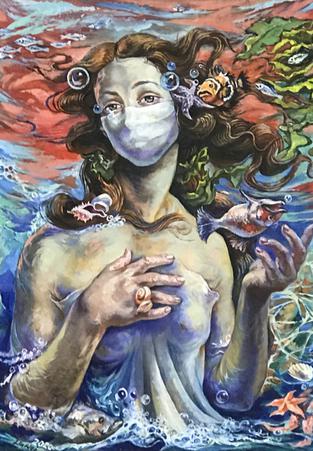 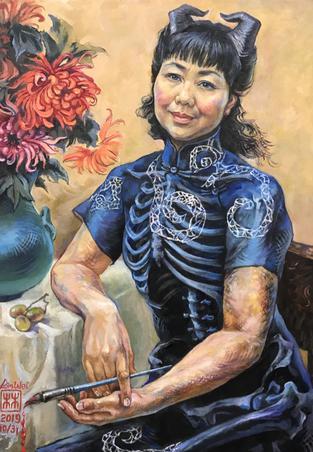 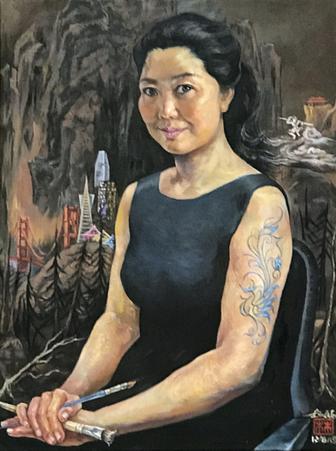 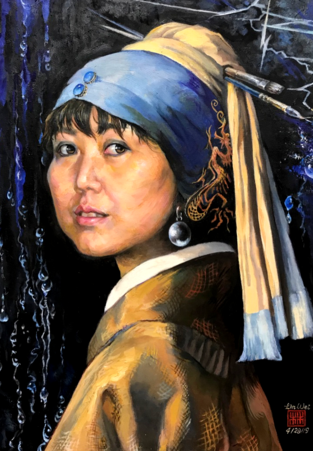 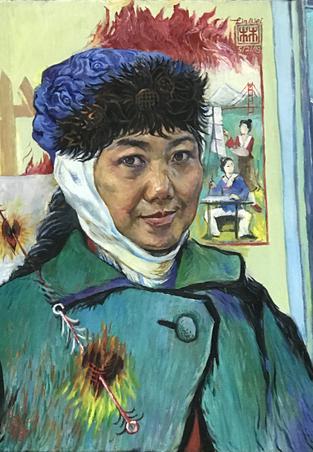 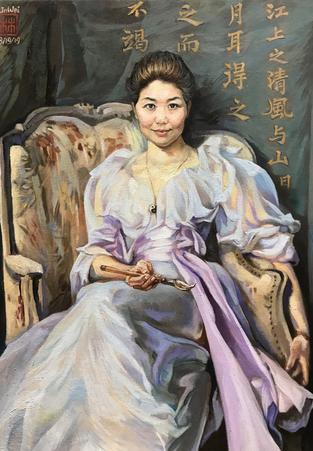 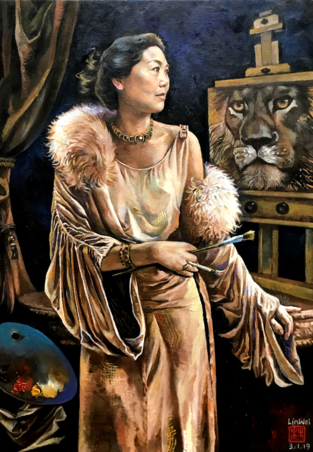 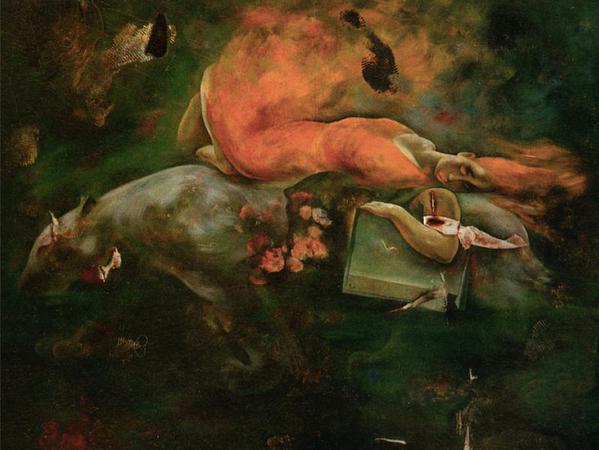 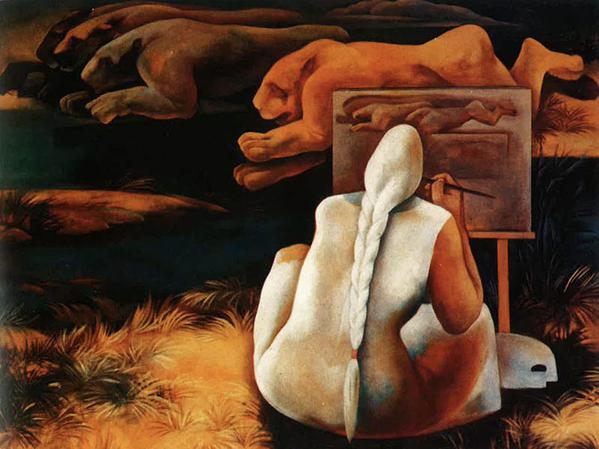 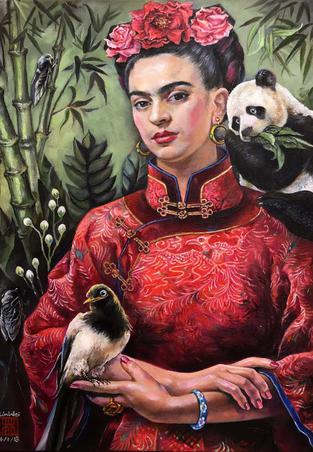 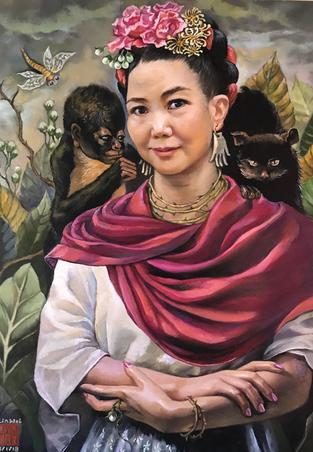 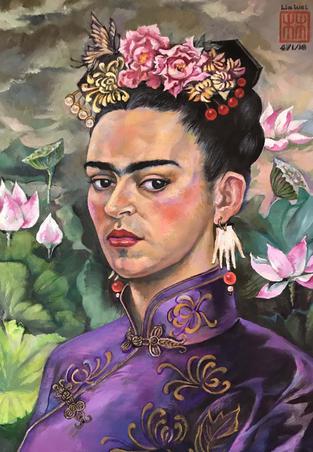 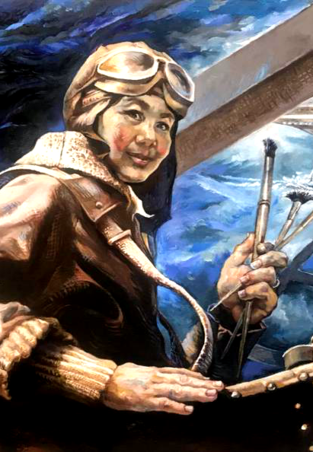